This was such a great weekend! We had an epic Halloween-themed date night, hung out with all the people, and hit the trails not once but twice! We also managed to do some cleaning, talk finances, and meal prep for the week. Best team ever.

I’m such a sucker for Halloween-y things. Since the month of October can easily fly by without really digging your heels into all things spooky, I decided I’d plan a surprise Jack-o’-lantern date night for Friday the 13th. On the agenda: pumpkin carving, homemade dips with salt and vinegar chips, cider wine, and homemade pizza! 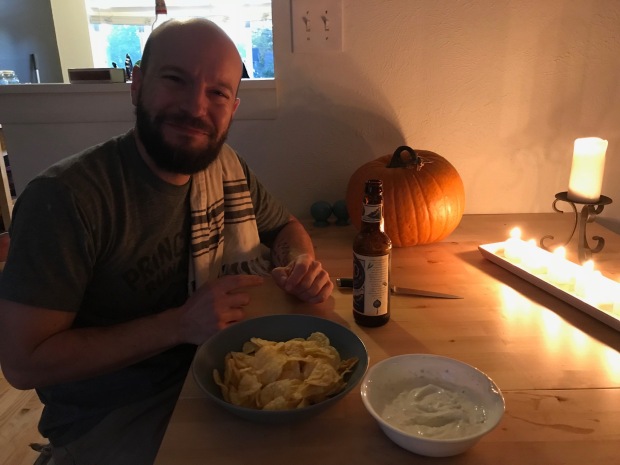 First up was some chips and dip as an appetizer, duh. How is this Halloween-y? It’s delicious and there need be no other reason.

This dip rivals your store-bought sour-cream-based French onion dip any day. For real.

Annnnnd what better way to enjoy a delicious homemade dip than with your all-time favorite chips? Boulder Canyon’s salt and vinegar chips own my soul.

We also experimented with making our own cider wine. When we were in Palisade at Meadery of the Rockies, we tried their cider wine, which was their Sweet Honey Wine + Mulling Spices.

I ended up adding some water to it and using 2-3 teabags… the odd thing was that it tasted better when it cooled.

After our snack, we set out to carve us some jack-o’-lanterns. 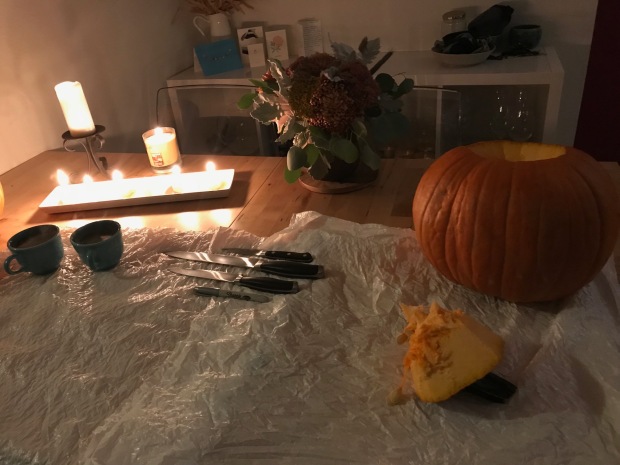 Pumpkin carving is a legit workout.

I carved a typical five-year-old’s jack-o’-lantern, and Nick aspired to create a mountain landscape.

After some tweaking, he finally got the mountain effect. Super cool! 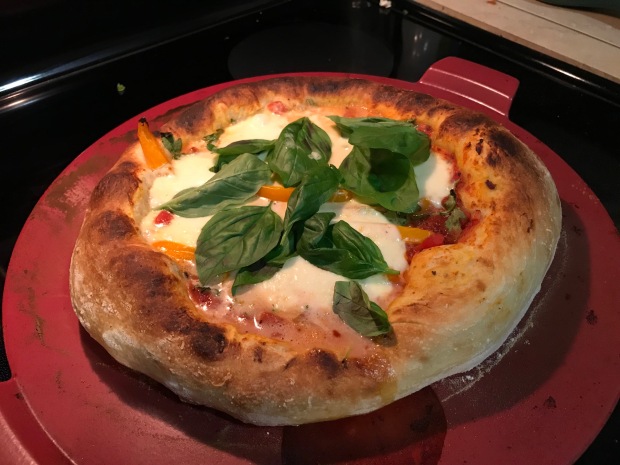 After our hard work, we assembled our pizza (with a Whole Foods traditional crust) and dove in! 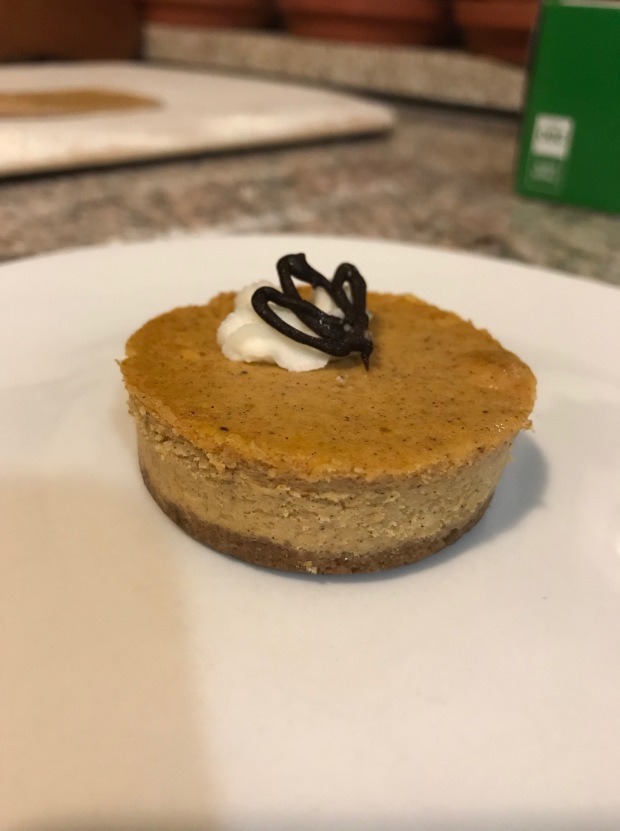 And to top off the evening, we shared a mini pumpkin cheesecake from Whole Foods. We were stuffed. 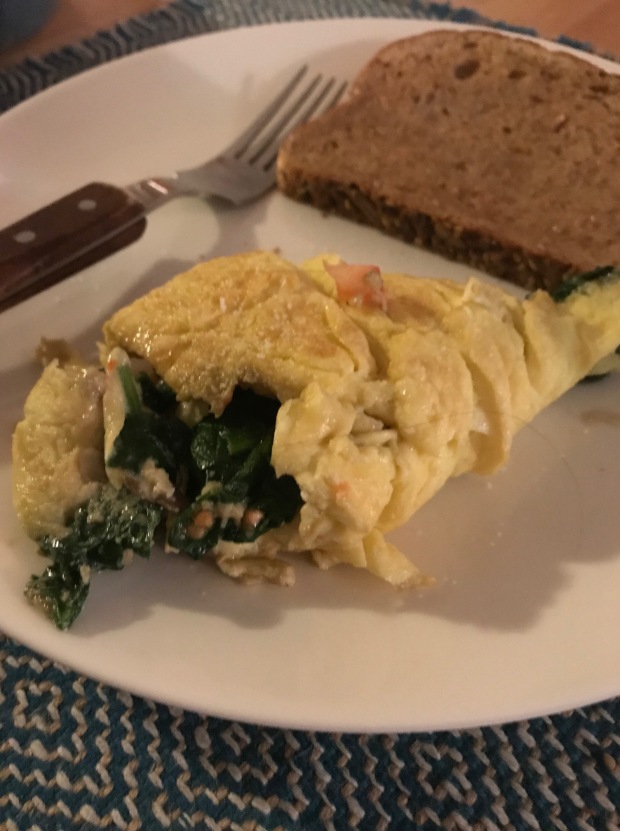 Saturday morning, Nick made the most delicious omelette for a decadent weekend breakfast.

We took Harps on a long neighborhood walk so that we wouldn’t feel too guilty about leaving her behind for our 6-mile trail run at Green Mountain.

I haven’t done a trail run in a while, so it was a little intimidating but also exciting to set out with 6 miles in mind.

The weather was beautiful and the run felt great. 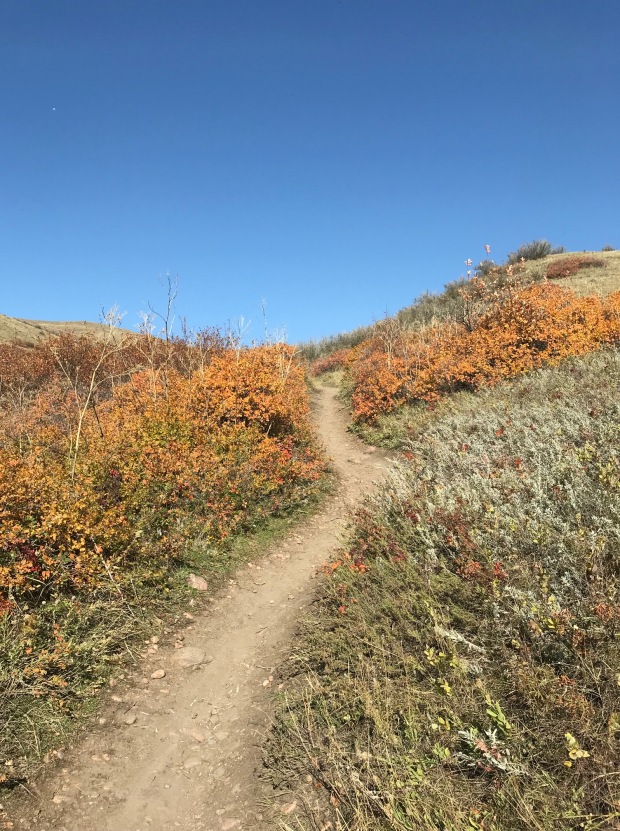 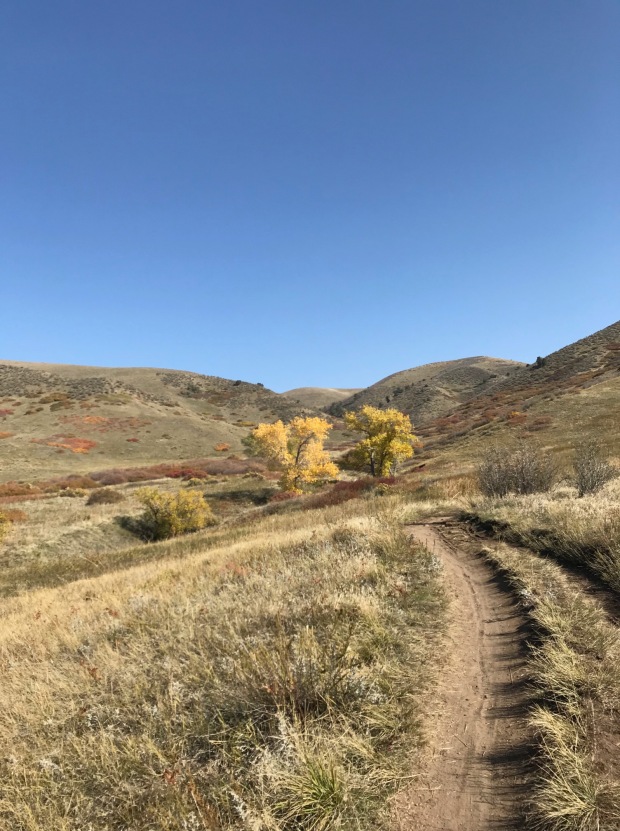 After our run, we met up with some friends for lunch at Snarf’s. After that, we took a little rest at home and walked the pup before heading out for drinks with more friends. 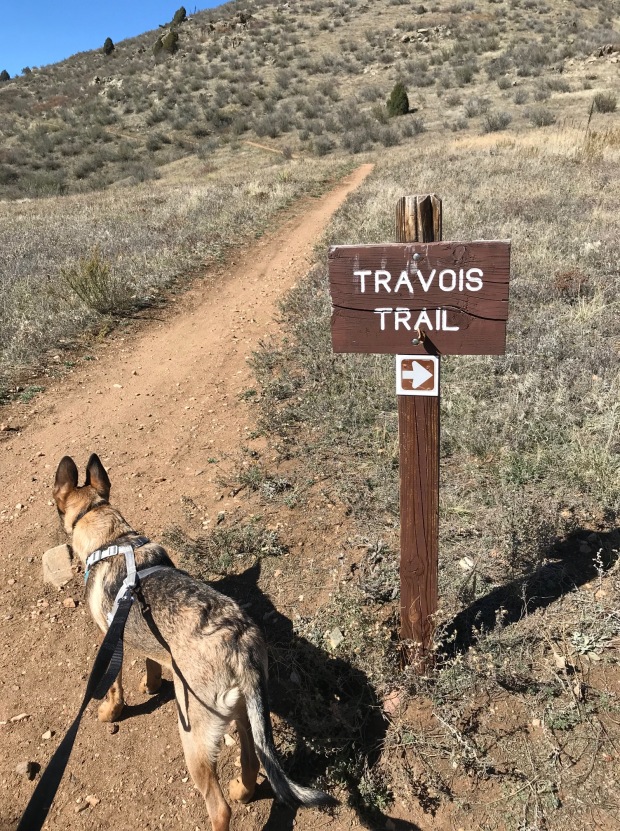 Sunday morning, after a lazy start, we headed out to Travois Trail near Golden to exercise our pup. She was very excited and had a great time.

We logged 3 miles, and Harps was exhausted. Goal accomplished!

We stopped by MAD Greens on the way home and split a Don Quixote salad with a side of pita and hummus.

When we got home, I did some cleaning while Nick did meal planning and grocery shopping. For dinner, we made a delicious fettuccine with spinach: 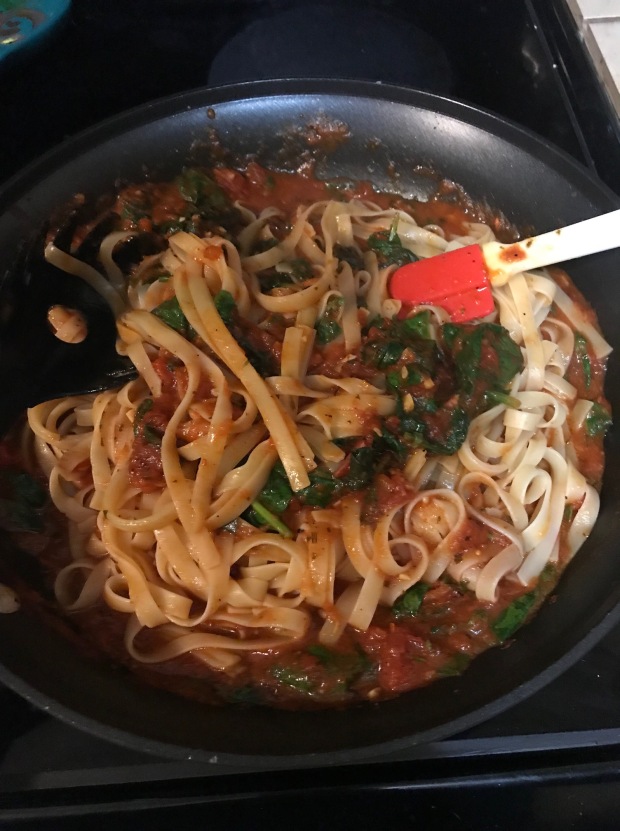 Nom! We also meal-prepped for the week and went over wedding/saving finances/goals. All the productivity! The really great thing was that it felt really easy, laid-back, and fun. I love when that happens.

… Harps wasn’t very productive, though. She was sleepy.

We ended the night with some Shiraz from our wine club and Harry Potter and the Sorcerer’s Stone. 🙂

How was your weekend?

6 thoughts on “Pumpkin Carving + All the Trails”