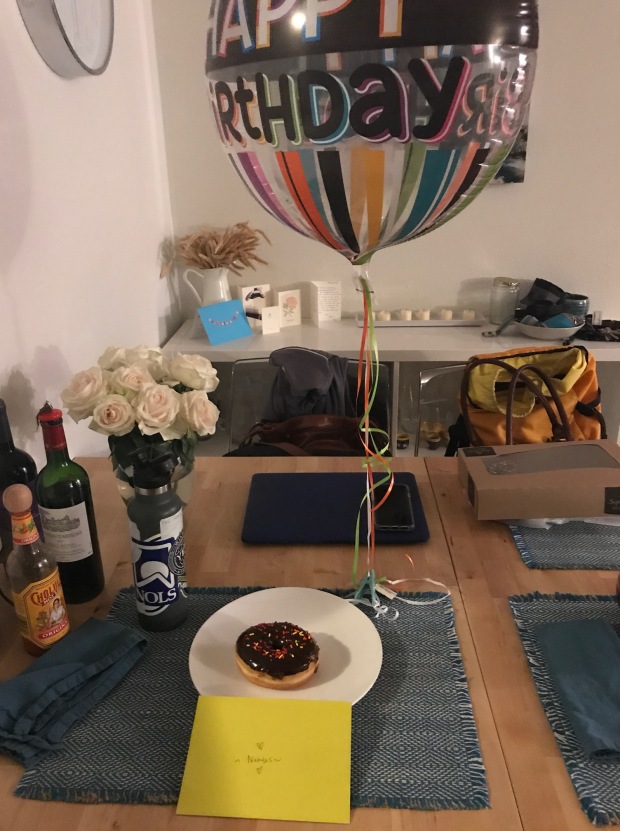 Happy Tuesday! This morning started with our typical egg scramble and ended with a birthday donut dipped in coffee and a balloon that scared Harper half to death. Whoops! 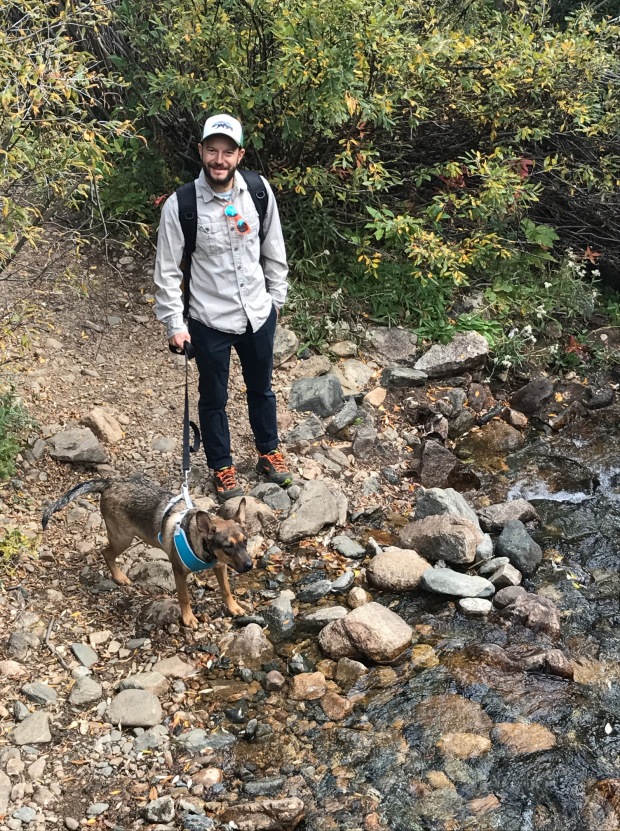 The Man turns 34 today! This is the second birthday of his that we’ve celebrated together, and I still have to pinch myself that we’ll be spending all of our birthdays together from here on out. Every day feels like a special celebration with this guy. He makes every single task fun and meaningful, and he treats me (and everyone else) like royalty. He is such a gem, and I am the luckiest.

Unfortunately I’ve been sick and lame all week, but hopefully I’ll make up for it with my special surprise trip this weekend! Stay tuned for that. He knows nothing yet!

This past weekend, we kicked off his birthday week with a gathering of friends at our fave, The Spot, which wouldn’t be quite right without a Nothing Bundt Cakes treat.

It was so good, as always. I ended up giving the last fourth to our bartenders, who always let us bring random food into their establishment. Thanks, guys!

We posted up at The Spot for 4 – 10 so that all of Nick’s favorite people could come have a drink, no matter their plans. A ton of people showed up, and it was such a great time.

Nick is getting old! 😉

The next morning, we rested a bit before heading to Roland and Liz‘s for brunch and to watch the Bronco’s game. Look how snuggly Harper has become! I haven’t been exaggerating. She really loves to cuddle us now. 🙂

After Roland served us his original Cowboy Breakfast, one mention of donuts and then girls of the group were upstairs baking up a storm. Liz broke out this handy dandy cake pop and donut hole maker for the occasion.

You do what you gotta do, you know?

I have had a massive sweet tooth lately, I guess to comfort myself with this dumb bug I’ve got. I’ve also been craving cheesy things, like pizza and macaroni and cheese. I also haven’t been able to work out much at all. So that’s going to be fun once I’m back at it! Yikes. But I figure, you just have to go with the flow and wait it out. 🙂 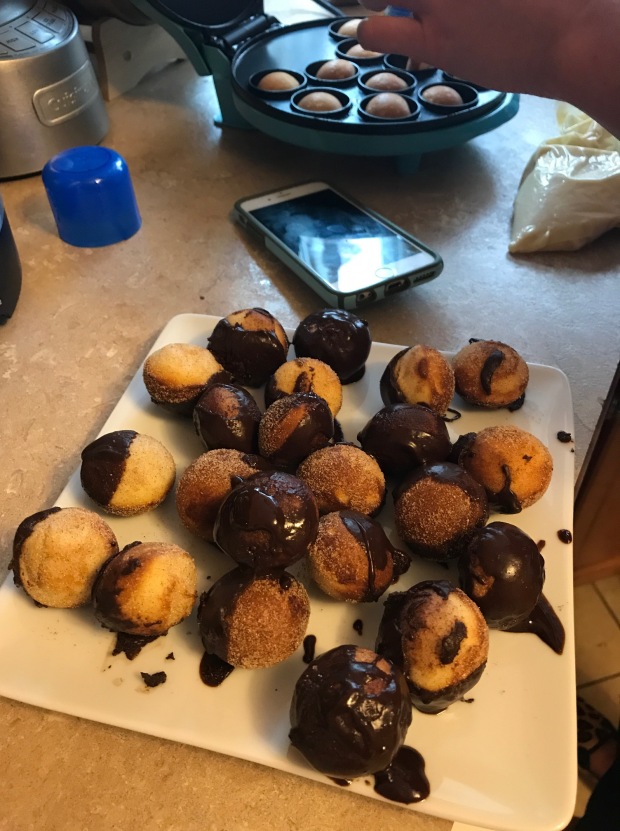 As per usual, it was my idea to improve these cinnamon sugar donut holes with some melted Hershey’s dark chocolate (leftover from s’mores that one time). 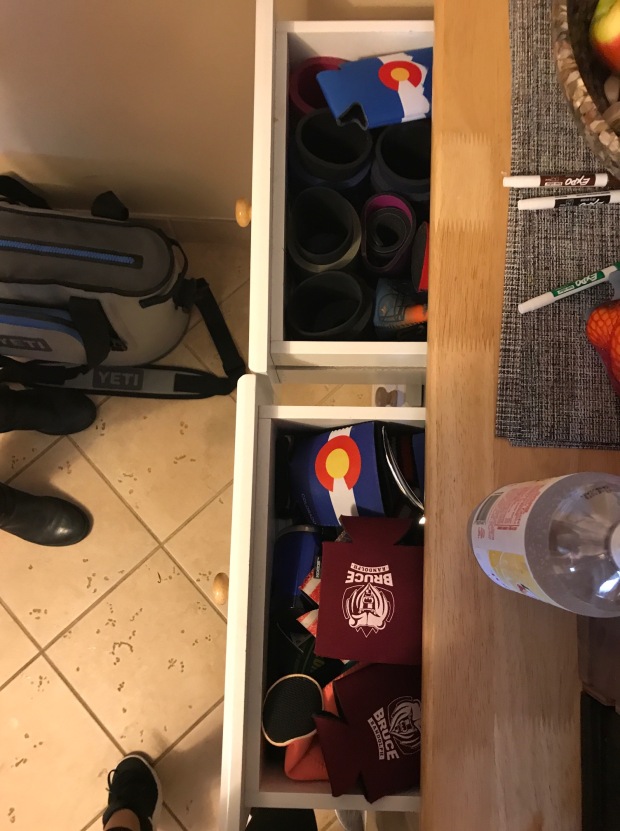 Side note: Liz and Roland have not one but two drawers of koozies. Legit.

I will conclude with this tug-o’-war pic of Harps. Love her!

Happy birthday, Nick! Here’s to a week that flies by and a weekend that lasts forever! ❤