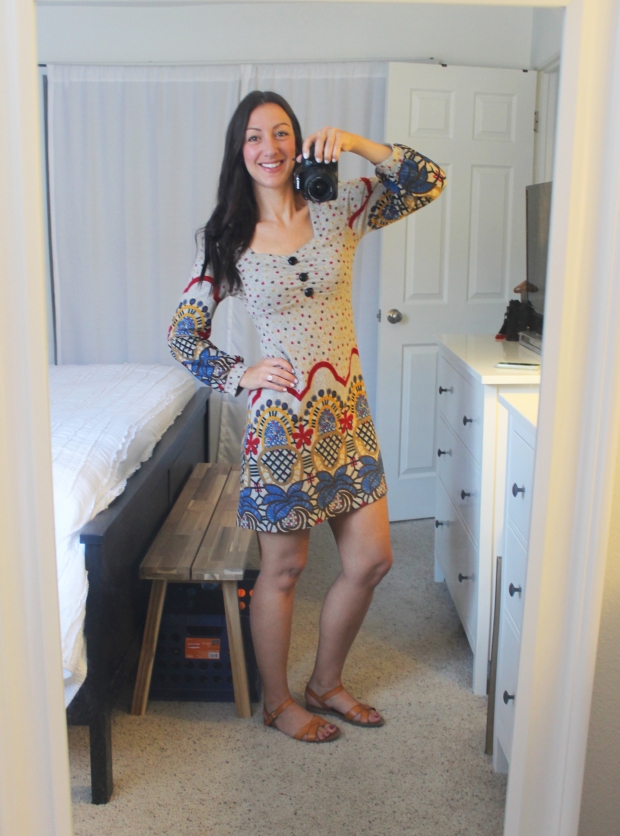 Last weekend was a welcome reprieve, with Nick’s sister Ava visiting and really leaning into vacation mode. But this week has felt long, and I can’t quite explain why. Maybe I’m still recovering from Hello Dolly. Or maybe it’s just life with a pup. 😉

Anyway, this Outfits post is going live automatically because I’m currently spending the morning with Nick and his mom in Swarthmore, PA! 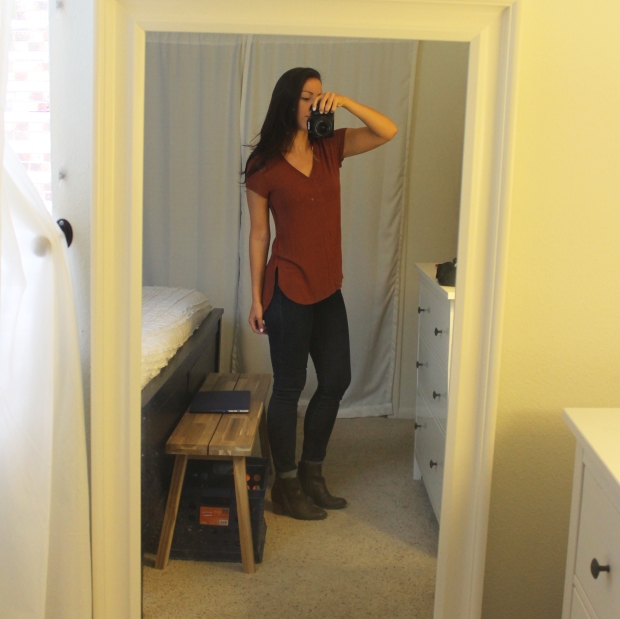 Monday we said goodbye to Ava and Jon, who left for their vacay in Crested Butte (lucky!). It was raining hardcore outside, and I was going for ultimate comfort. 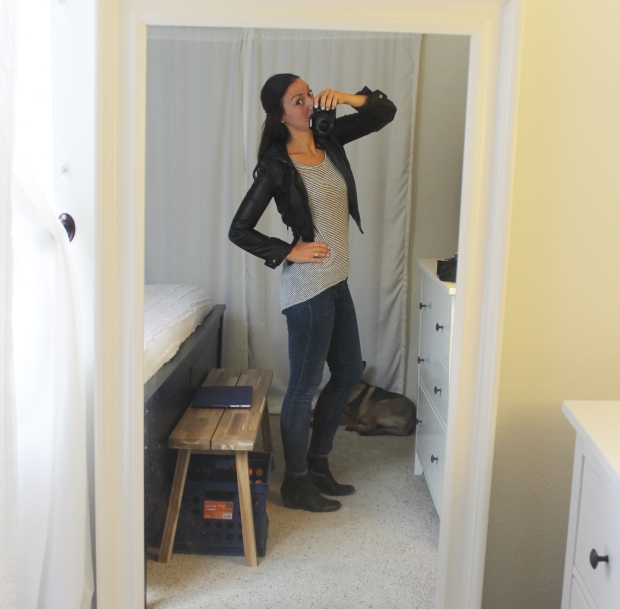 Look at my silly face. Also, notice Harper hanging out in the background, being a pack animal and a spoiled baby. Little did she know she’d be off to her first half-day of daycare at City Bark! She did well, which is good because we’re boarding her there this weekend while we’re in Philly for a wedding. It’s so hard being away from her and worrying about her, but we’ve heard absolutely nothing but great things about City Bark.

I tried to make myself run after work, but I was too dead and opted to cuddle Harps on the couch, instead.

I got this dress at a Jacksonville Beach boutique in 2006, which means it’s 11 years old. It’s also helpful that it’s incredibly recognizable… I can only get away with wearing it once or twice a year. I still love it, though. Sandals: Target.

Wednesday afternoon I also tried to find motivation to run, but instead Nick and I took a nap before packing for our trip. We had taken Harper to the vet that afternoon, and if you have a pup, you know how exhausting that can be. (Nick also went on a 15-mile night run in the mountains with some friends the night before, so that might’ve had something to do with it… at least on his end. I have no excuse!)

We’re going to come back to a toothless pup! ha!

Thursday morning, Nick and I went for a 4.5-mile run at 5 am! It felt really great to get my run in before work, especially since I’ve felt far too exhausted after work lately. Maybe I’ll try and do that 2-3 times during the workweek… maybe.

Anyway, in this pic I’m feeling energized and ready to go to work before flying to Philly in the evening (hi, giant suitcase)!

Since I knew Nick and I would be spending the morning with his mom after perhaps going for a run around Swathmore… I opted out of including a Friday outfit. Instead, I’ll share a sneak peek of the dress I’m wearing for the wedding tomorrow. It’s from Nordstrom Rack.

I’m excited to spend some time in Philly with Nick. Have a great weekend!

3 thoughts on “Outfits of the Week”