Here’s the first of this week’s experimental blogging. I’m going to commit to one post a day where I combine all the things: food, outfits, workouts, lifestyle-y things, and of course, Harper pupdates!

Monday morning was off to a sleepy start. Although I went to bed the night before at… drumroll… 7:45 pm (AH!) I was up at midnight with a crying pup needing to go outside. The next wakeup call at 5 am was a little blurry. I think I got too much sleep and woke up in the middle of deep sleep both times. Boo!

Nick made a delicious breakfast, though, which perked me right up. I forgot to snap a photo, but it looked relatively similar to (and equally delicious as) the one above: scrambled eggs, herbs, tomatoes, avocado, potatoes, spinach, and garlic with his fresh baked bread and butter. Pair it with hot coffee and voila! You’re Monday ready. 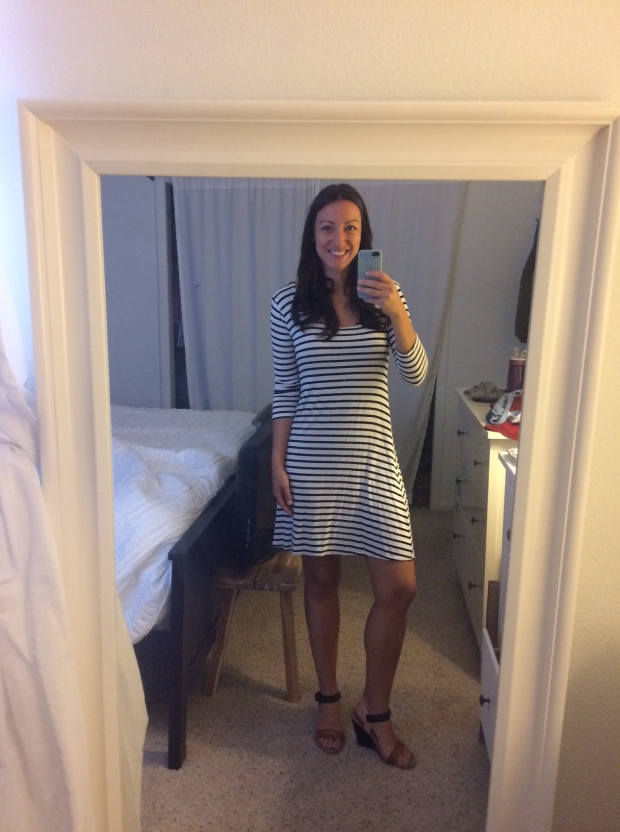 I wore this super-easy dress from Ross because it was going to be 80 degrees, and dealing with pants/jeans in the heat is down-right annoying. The wedges are hand-me-downs, as any regular reader might know, because I wear them often.

At around 10 am I went for my morning snack: Siggi’s plain Greek yogurt with a cut-up nectarine. Yum! I’m trying to eat more protein these days. 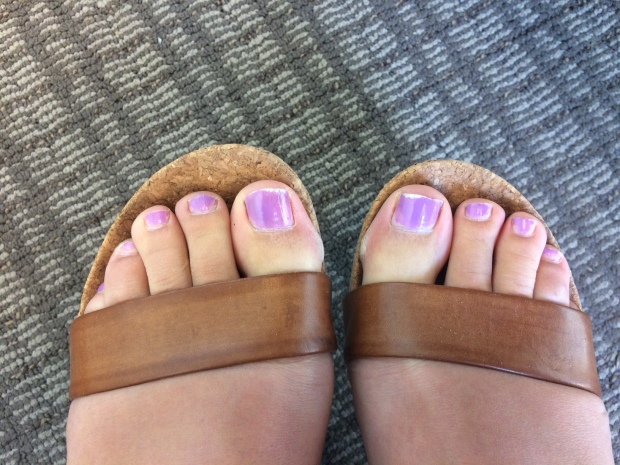 It’s always good to pair a close-up photo of one’s feet next to one’s food. I am so refined. But really, the point of this picture is to get real and show you how sad my toenails are. You can tell how busy I am by the state of my toenail polish. I usually like to keep it up-to-date. Oh well! One solution would be to just take it off and let them be natural for a while. But that would require that I go and buy nail polish remover. Nope nope nope. Priorities!

After a few hours of work, I met up with Nick at Roland and Liz’s house to eat lunch and watch Harper play in the grass. 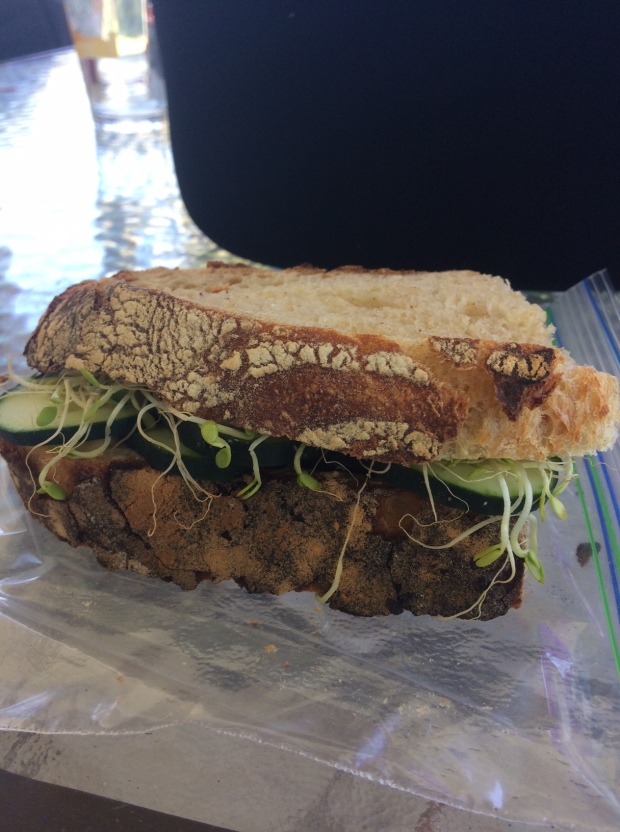 Lunch was a cucumber/sprouts/hummus sandwich on Nick’s delicious bread! I also ate an apple along with it. 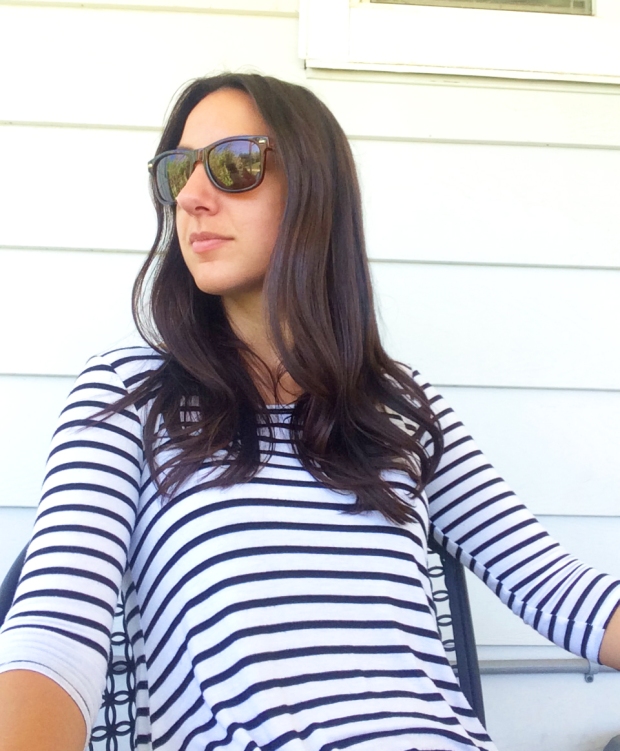 Just some low-key pretend modeling, like a true dork. 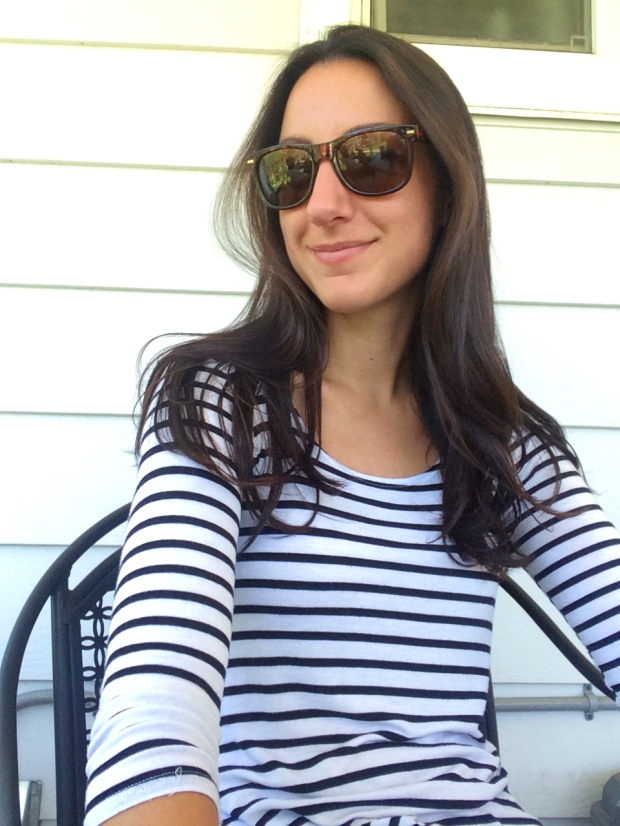 Questioning my choice to go back to work… 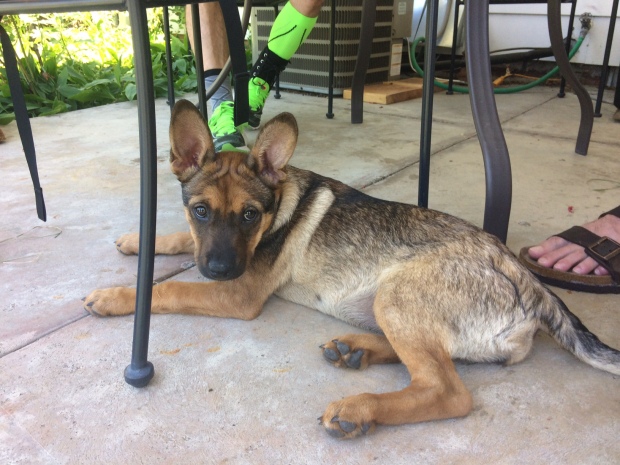 Harper played fetch for a while, but then she got sidetracked by fun things like eating grass, chasing bugs, and hanging out beneath our feet. 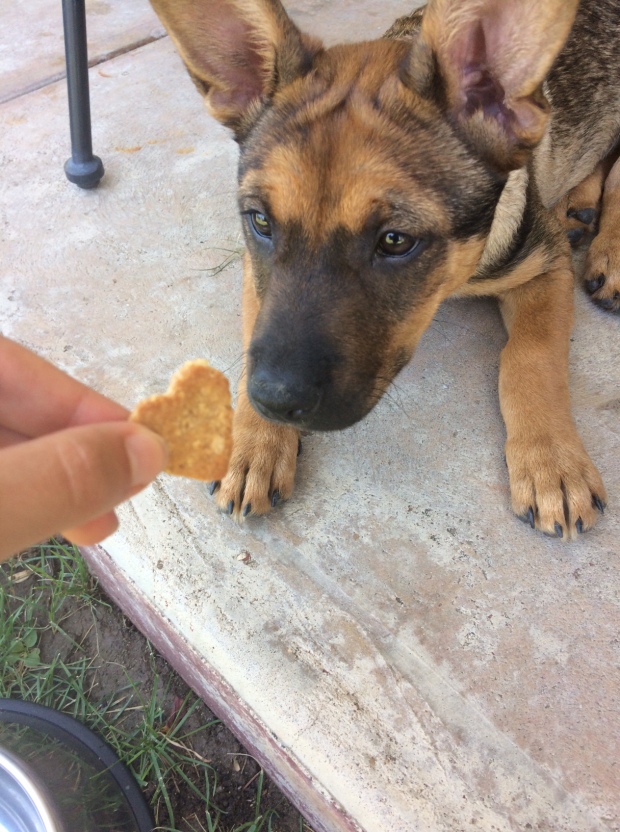 She also dabbled in some homemade treats sent to us from my sister-in-law Kara!

This baby bunny always hangs out in the same place in their yard. Harper is oblivious, but I’m not. I can’t help but want to take it home! Of course I won’t… 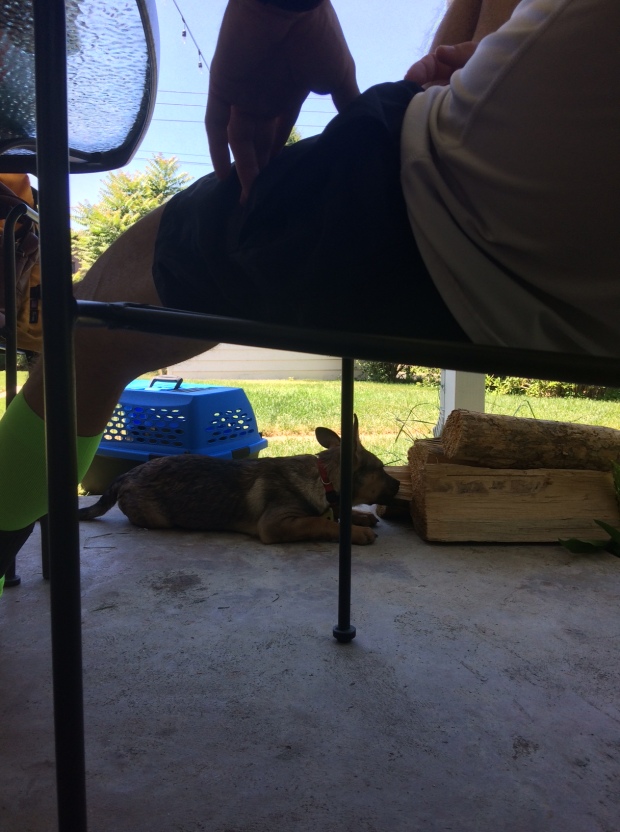 Here Harper is investigating some firewood. She’s a special one!

Around 3:30 I had my afternoon Fig Bar snack. Yum! 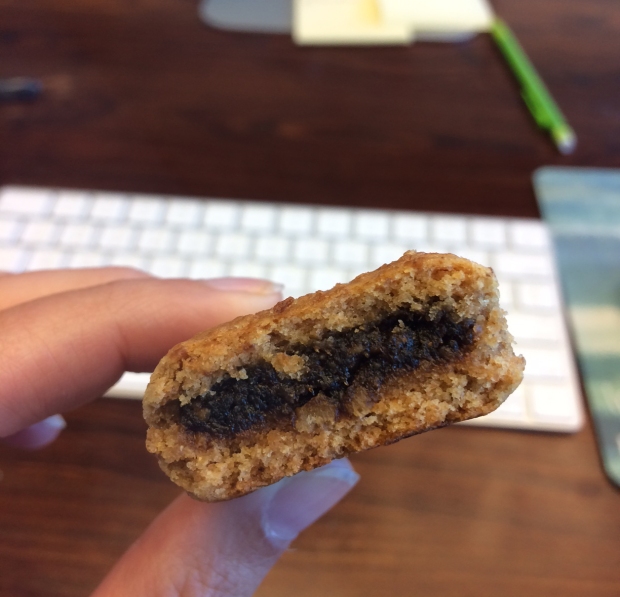 These bars really do a good job of satisfying my sweet tooth/baked goods craving, which is usually a daily (hourly?) occurrence.

After finishing up work, stopping by Ross to shop for a few items, and feeding/walking the pup, I inhaled some leftover salmon and couscous, followed by a Justin’s dark chocolate peanut butter cup.

Then it was off to rehearsal! We choreographed the “Dancing” scene (that’s what the musical number is called), which is a waltz. It was three hours of dancing, and I felt so energized thanks to all the protein I’ve been eating! I also had an iced coffee on my way to rehearsal… 🙂 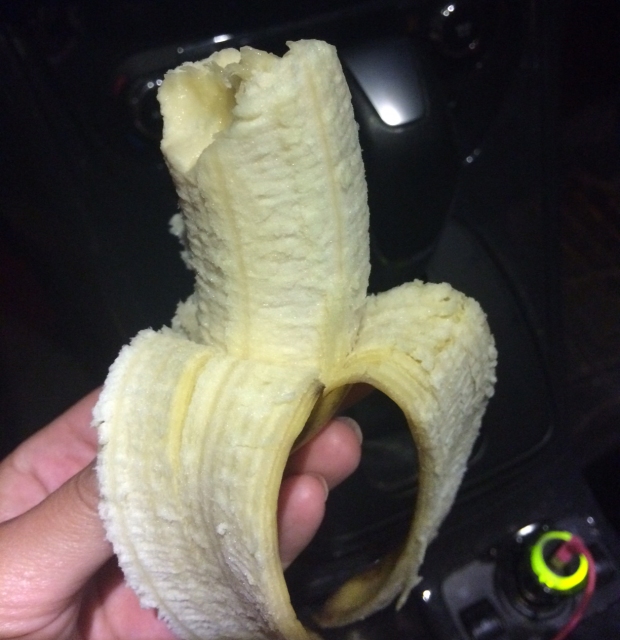 On the drive back home from rehearsal, while I was eating my 10pm banana, I found myself feeling elated and truly fulfilled. Yes, I’m sometimes so busy that I can’t see straight, but it’s all worth it. I have such a great partner in crime, we now have a little puppy family, and I’m doing all the things that I love. Good stuff.

5 thoughts on “Stripes, Sprouts, and a Waltz”