This weekend was a true lesson in balance and moderation (in moderation). My equation goes a little something like this: exercise, gluttony, sloth, repeat! I like it that way and highly recommend it. And, apparently, our weekend was Cosmo’s Pizza-Themed. Duh. 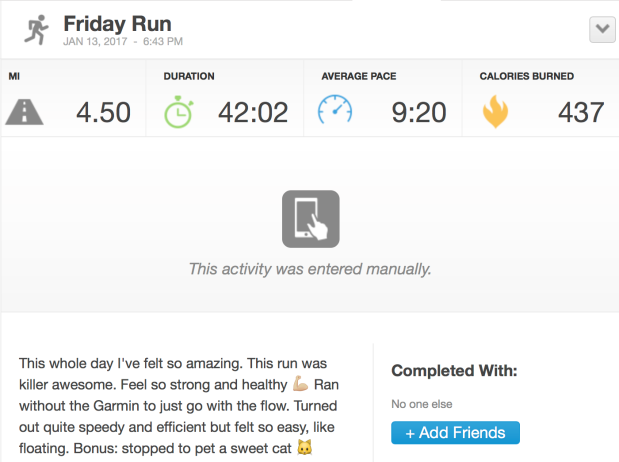 Friday was the 13th and a full moon. Most people expected creepy and terrible things to happen… but it was an absolutely wonderful day for me! I woke up feeling rested and rejuvenated. I had an incredibly productive day at work and finished that long post about my reading endeavors. I craved and ate healthy and organic foods, and drank tons of water.

Then I came home with plans to run with Nick at Wash Park. I told him about my day and how I was feeling, and I speculated on how to transfer this wave of good vibes to my run—since I’ve been feeling bogged down lately about my runs. He suggested that it might be because I’m constantly trying to make my runs “productive” and “impressive”—often trying to beat a previous time or distance goal.

So this time around, we ran without the Garmin watch. We ran just to run, with my chief intention being to focus on how I was feeling. When I’m stressed, fatigued, and trying to “push” myself, my breathing gets short and my heart rate rises. My goal for this 4.5-mile jog was to feel at ease and to be able to have a nice conversation with the man, my fave running buddy. My body and mind were able to relax, and it resulted in an efficient (and fast!) run. Go figure! This also coincides with something I read recently (I can’t remember where) about super-speedy professional runners saying that they “let go” and “relax” when they’re sprinting.

After our feel-good run, we decided to make feel-good food! On the menu was a romaine Caesar-esque salad (with Annie’s Lite Goddess dressing, a personal fave) and a Cosmo’s copycat pizza, all crafted from organic Whole Foods ingredients.

Of course we had to wash it all down with some rose. We are 90 years old. And don’t care.

We had some leftover Cosmo’s spicy ranch from last week’s order (we are addicted), so that made the delicious pizza even more delightful. Nom! After that we watched some 30 Rock and went to bed early, because it’s the cool thing to do.

I’ve had four auditions in the past two weeks! I want to get myself out there and start making auditions feel like fun, and practice for the next best opportunity to come my way. Saturday I sang the last 32 measures of Vanilla Ice Cream from She Loves Me, for my audition with Performance Now Theater Company’s upcoming production of Hello, Dolly!

I felt confident and ready, and I sang my high B beautifully! It felt so good to knock it out of the park. I wasn’t invited to callbacks, though—but that’s theater life for ya. Rejection is hard to get used to, sometimes. I find that I need to always have something else to look forward to. In this case, it’s Love/Perfect and toying with the idea of tap dance class. 🙂 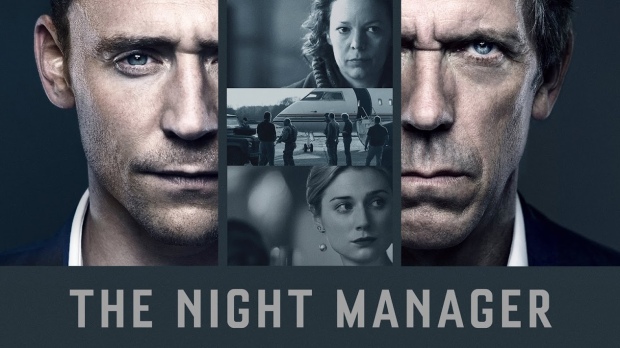 A BINGE OF A DIFFERENT KIND

Auditions usually zap my energy for the entire day (more so than even half marathons have!)—and Nick had finished a great trail run with his friends—so we embarked on a new feat for us: Bingeing on an entire season of a new show in one day. Like, 7 hours in bed watching The Night Manager.

When I watched the Golden Globes last week, I was sure  John Lithgow was going to win Best Supporting Actor in a Series, Miniseries, or Motion Picture for TV for his portrayal of Winston Churchill in The Crown. But Hugh Laurie stole it for his role in The Night Manager… so Nick and I had to see what the fuss was all about. It’s pretty good, especially if you like suspense.

Late morning on Sunday we set out in the cold to rack up some miles in Wash Park. I wasn’t sure what kind of run I was in the mood for, so we just decided to play it by ear, since you can keep running 2.5-mile loops. We ended up completing just under 10 miles and celebrating with a trip to Moe’s Bagels!

I got the “Golden Garden.” Yum! 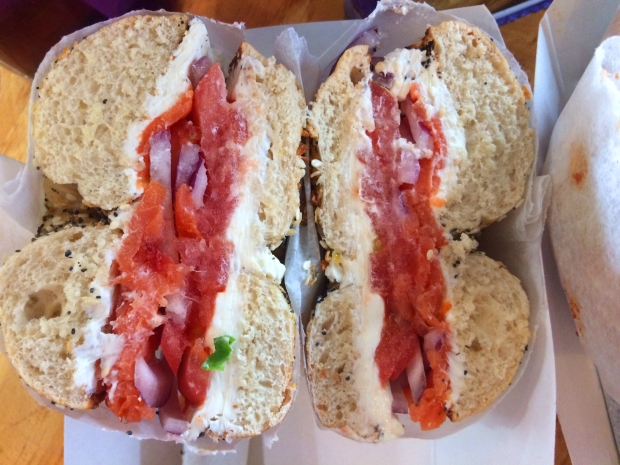 Nick got “The New Yorker.” So good! We split them both, like we always do.

After that, we picked up a jar of Cosmo’s Spicy Ranch next door (as seen in the first photo in this post), plus a few things from the grocery store… including two chocolate donuts. No food is safe around us immediately after a long run!

After our post-run brunch and errand session, we showered and rested up before visiting our friends Liz and Roland. I helped Liz prepare for an a cappella group audition, and then more friends arrived for dinner and games. It was a hilarious good time! I might have drunk more wine than normal… which resulted in…

A late-night, second-dinner slice of Cosmo’s pizza, procured on our way home in the snow! We just needed to make sure that the jar we bought earlier that day was sufficient. Quality control. (It was good! Phew.)

While I logged 14 miles this weekend, I’m pretty sure I ate like I ran 50! It’s been nice to indulge on our days off, but today it’s back to the grind (even though it’s MLK Jr. Day) and less-Cosmo’s-y choices… for now. 😉

How was your weekend?

This post is a part of the Weekend Snapshots link-up with HerHeartlandSoul.

3 thoughts on “This Post is Not Sponsored by Cosmo’s Pizza!”