Good morning, loves! I’m up early on a Saturday morning.

About this time (7:30 am) tomorrow, I’ll be halfway through the Colfax Half Marathon!

I’m feeling a little nervous but mostly excited and ready, especially after eating all the carbs, going to the Race Expo to pick up my bib, and visiting the grocery store for a few more fun pick-me-ups. 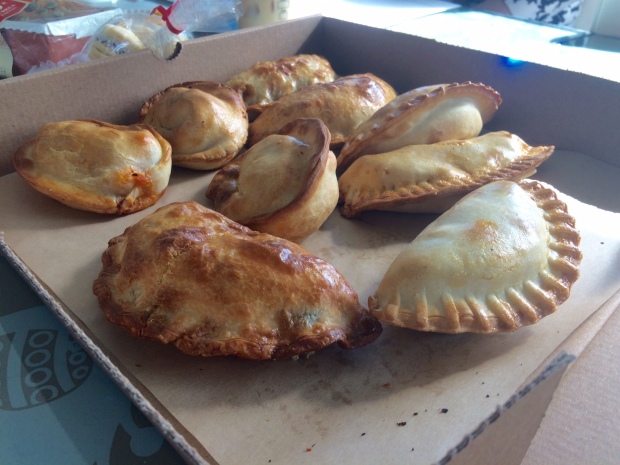 Yesterday turned out to be a great day, even though I had an 8:30 am meeting on the calendar (on a Friday!?). Our meeting friends brought us empanadas from Maria Empanada. Nom!

I have a weird scientific theory that free food doesn’t have calories (also, I don’t care about calories), so I ate three of these beauties. One was mushrooms and cheese, another was egg and potatoes, and the third was a delicious mystery. (I was conducting a meeting and eating, so.)

My coworker and good friend Michelle is running the race, too. This is her first half marathon, so there was even more excitement as we visited Sports Authority Field to attend the Colfax Marathon Expo and pick up our race numbers!

We were out of work early on a Friday and the weather was gorgeous (albeit on the breezy side). 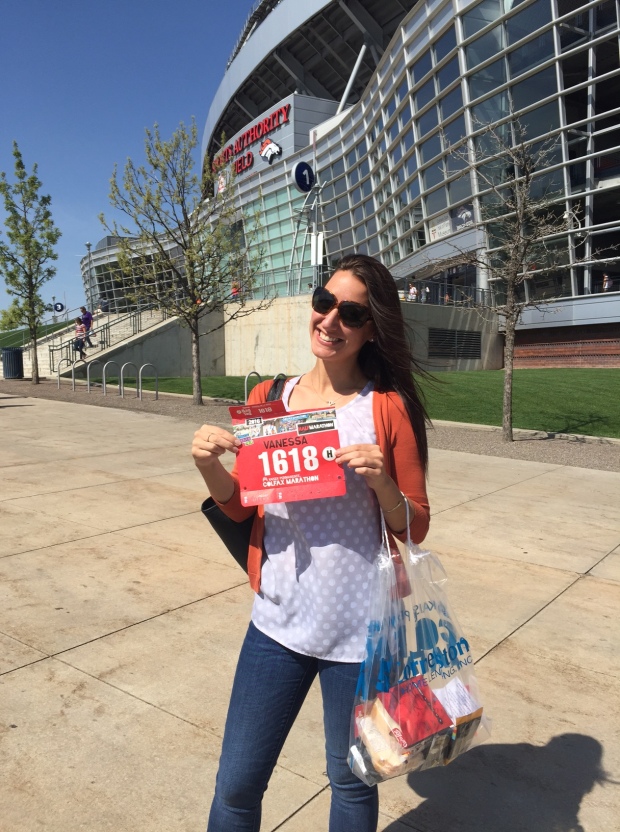 And here I am with my bib! When you get your race number, there is no going back.

Here’s a snippet of the freebies we received from the expo. I also “sampled” approximately 1 million types of Clif Shot Blocks and energy bars, as well as beef jerky. One lady was handing out packages of two slices of white bread.

While it won’t even compete with our homemade bread, you better believe I grabbed two packages. Garlic toast with pasta tonight, anyone? (That is actually going to happen.)

Because four slices of free bread isn’t enough, after the expo I went to the grocery store to load up on a few things. I wanted to try to recreate the banana/date/almond butter smoothies I had in Jackson Hole: a mix between the Rendezvous Smoothie at the Organic Lotus Cafe and the Aphrodite Smoothie from Healthy Being Juicery.

I also got lucky with my Ibotta rebates this week: dates, almond milk, bananas, coconut water, pasta, and pasta sauce were all offers. The perfect support for my carb-loading intentions.

I also had the King Soopers Free Download Friday coupon for a Curate bar, which I’d never tried before and was delicious! (I had it that night for dessert after a frozen Tombstone pizza, which I also got free with a coupon. Coupon eating for the win! Also: refer back to my theory on free food.) 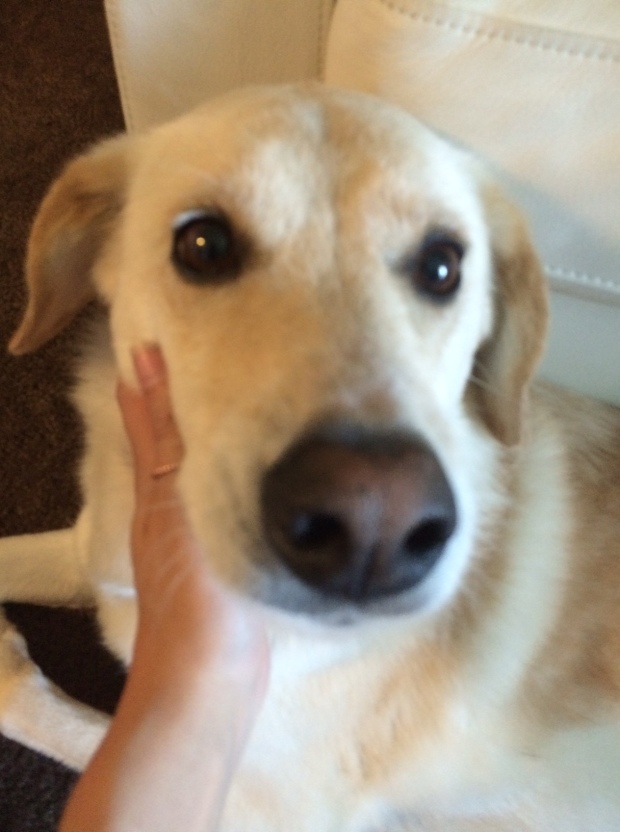 Friday was also when I got to see my pup again! He’ll be with me for a good two weeks, so we reunited and snuggled for a while before I went to the gym to finish my last training run of the Colfax Half Marathon! (Gosh, isn’t he the sweetest?) 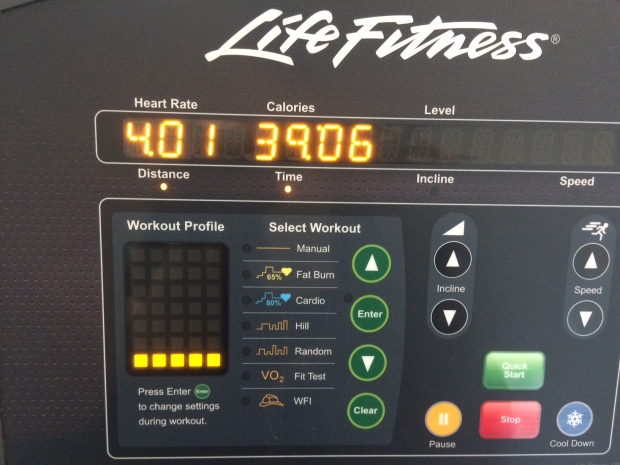 END OF AN ERA

My last training run of the Colfax Half Marathon was bittersweet. This has been the most meaningful training of my life thus far: turning towards something healthy and inspiring during one of the most difficult and scary phases yet.

I’ve also seen the most strides in this bout of training, both physical and mental. I no longer run to feel like running is easy (and thus boost my ego). I now run and hope it feels difficult (to varying degrees), because that means there is growth happening. Improvement.

After my run, I took an epsom salt and lavender bath in the dark with a ceremonial candle because I’m a giant dork, and then I cuddled the pup some more, ate the frozen pizza and Curate bar, and watched a movie before hitting the sack early.

I am devoting my summer to perfecting this banana/date/almond butter smoothie. This morning was Attempt #1, and I have to say, it wasn’t too shabby! I still have to find the perfect ratios of the ingredients (or perhaps, the best versions of each):

Now I’m sitting here catching up on my coffee before looking for a cheap, throw-away pullover for the race tomorrow (so I can ditch it after the morning cold dissolves) and then heading to dance rehearsal.

I have a post about delicious homemade ravioli scheduled for tomorrow… and then I’ll write a Colfax Half Marathon recap as soon as possible.

13 thoughts on “Pre-Race Days: The Colfax Half Marathon”

Leave a Reply to The Real Life Cancel reply